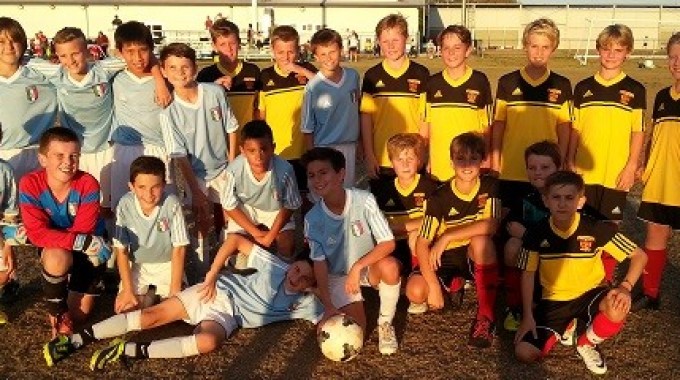 Elite Academy on Fire in Carnival

Image thanks to Olympic FC – One of the Under 11 Elite Academy teams with the Brisbane City team in the final.

Sunshine Coast FC Elite Academy got a taste of football at NPL Club level when two teams travelled to Goodwin park to participate in  an Under-11 Skill Development Carnival.

The carnival, held on Sunday, August 10, saw Academy teams from Brisbane City, Sunshine Coast FC and Olympic  prepare for the step-up to full 11-a-side competition at the Under-12 level next year against fellow future National Premier Leagues teams.

SCFC would like to thank both Brisbane City and Olympic FC  for a fantastic afternoon, with City pipping Fire in the final to be named champions.

Elite Academy Director, Ben Cahn, said he was impressed with the standard as a whole displayed from all of the Academy teams.

“After seeing the standard of football and sportsmanship on display on Sunday, the future of football in QLD looks very promising,” he said.

“I was particularly impressed with how our SCFC Elite Academy players showcased themselves considering all the players play for different clubs and this would have been the first time the Elite Academy has played competitively as team.

“It was a great insight for our players and their parents into what sort of level is required as the players progress into the NPL system, and I congratulate all our players on their performances.”